There’s nothing like an inquisitive four year old mind to get you thinking.  The latest question was;

‘How does my water pistol work?’.

When I gave it some thought, it’s basically a simplified version of a hydraulic ram but the liquid is water.  So I tried to explain it simply so he would understand. I said;

‘When you press the trigger, it forces the water through the pistol to the narrow hole at the end and the water squirts out fast’.

If you are considering using hydraulics, it is worth thinking about; how hydraulics work, the application you are using it for, how much power you need and how fast.  So if you think back to my crudely simplified explanation of the water pistol, a large force at slow speed is applied to a trigger, water is forced from a reservoir, down a narrow barrel and out of the nozzle.  This works because liquids can’t compress.

But to describe a hydraulic cylinder or ram, it’s the reverse of a water pistol. When force is applied to the small piston, it tries to compress the oil in the small cylinder. But oil is incompressible, and the force is then transmitted through it to the disc of the big piston and moves it upward in its cylinder.

What are the benefits of hydraulics verses their pneumatic and mechanical alternatives?

POWERFUL: Hydraulics can create more force, in a controlled way and with variable speed.

RELIABILTY: Hydraulics are very reliable and work as a sealed unit, keeping dirt and moisture out.

ECONOMICAL: Hydraulics have low running costs, with easy installation and maintenance, which can offset the larger setup cost.

VERSATILE: Hydraulics are versatile because there are lots of options and they can be designed in a bespoke way.  Hydraulics can offer mobile solutions in remote locations.  Hydraulics can offer low noise pollution, for example in the case of lifts, the noise source can be placed out of the way in the basement.  Hydraulics can be used in situations where you have restricted space, because Pneumatic options would usually be larger to create the same force.

An example of hydraulics in practice, we installed this Helicopter landing pad that simulates a ship landing deck. There is one hydraulic cylinder commanded by a 6-port proportional valve.  This is a good example of how much force one cylinder is capable of.  It’s not until you really look, that you realise how many things actually use hydraulics and they are a very efficient choice.  You should definitely consider using hydraulics in cases where you have a heavy load and you need a smooth transit. 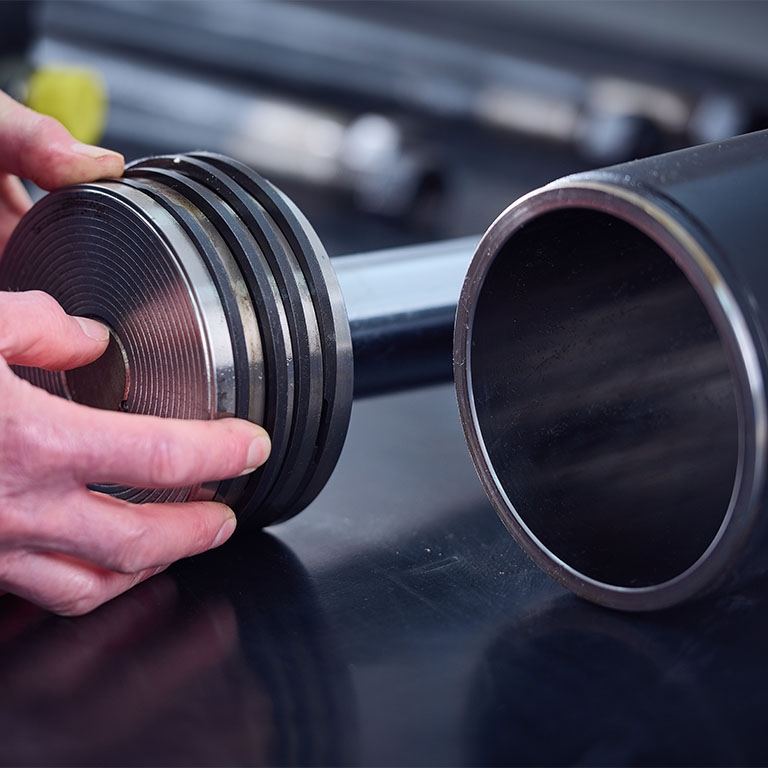