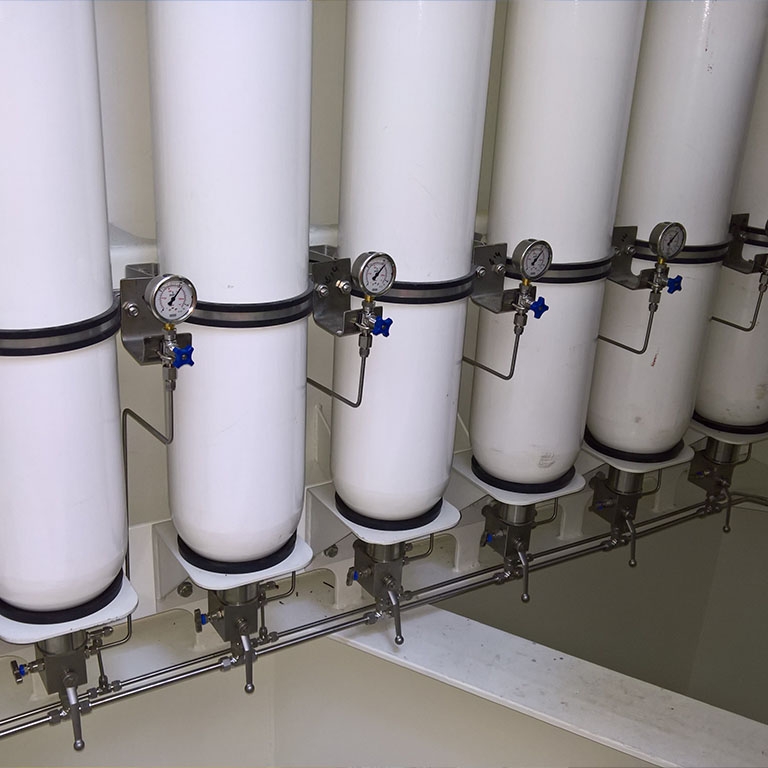 The purpose of this project was to provide hydraulic control of subsea valves using solar generated battery power only.

The problem the client approached us with was that during connection/disconnection of an oil tanker from a mooring buoy it is necessary to open/close various control valves that are located on the seabed, these valves are traditionally hydraulically operated with a mains electrical supply providing power to the hydraulic system.

Our client had been contracted to supply a new mooring buoy to be installed in a location where the provision of mains electrical power would be cost prohibitive, however the location did have an abundance of sunlight making it an ideal location for solar power.

Our solution was a low power hydraulic system which utilised a large bank of hydraulic accumulators to store hydraulic power, this made it possible to utilise the solar power to generate and store a reservoir of high-pressure hydraulic fluid that could be used when needed for the operation of the subsea valves. Effectively converting sunlight into hydraulic power.

The outcome of the project resulted in the system being installed into the mooring buoy during construction, and extensively tested to prove reliability prior to the buoy being deployed in the Gulf of Kutch, in North West India.