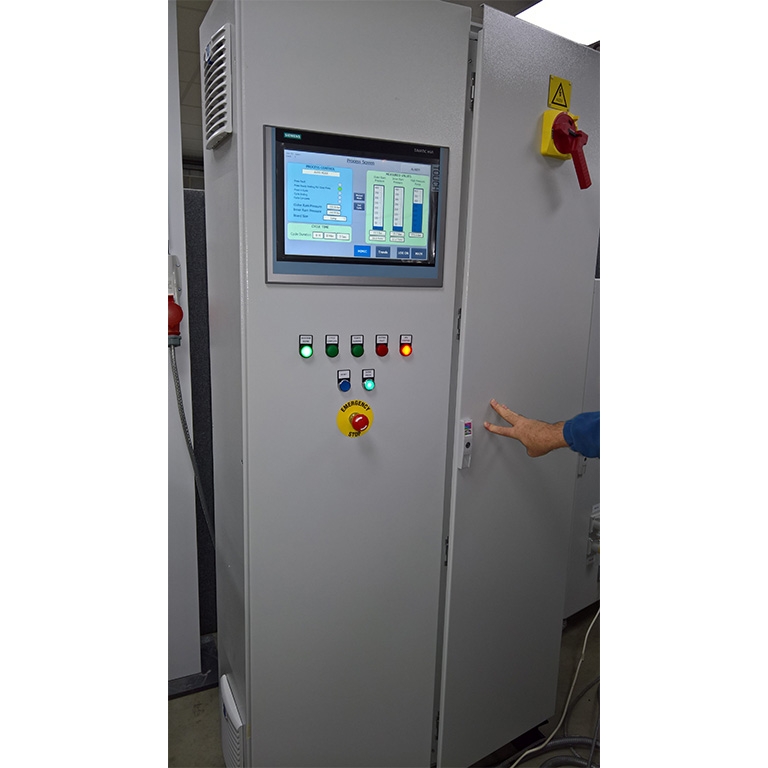 The purpose of this project is to develop a modular hydraulic system for use with a 5500-ton production press used in the manufacture of high-quality kitchen worktop coverings.

Despite the press dating from the early seventies, it still formed a major part of our client’s production capability. The original hydraulic system had reached the end of its useful life and as a result it caused frequent breakdowns. Unfortunately, due to the position of the press within the factory it was considered to be impractical to replace the hydraulic system with a conventionally designed system while also maintaining use of the press and limiting the down time required to replace the hydraulics.

After gathering the required data and physical measurements from the existing system we were able to develop a modular hydraulic system whereby it was possible to integrate the new hydraulic equipment with the old, and in so doing replace the old failing system over a period of time while also maintaining the machine in production and limiting the down time

The client accepted our proposal, the replacement hydraulic system was then manufactured and fully tested in our works before being dismantled into the various modular components for installation on the press, with each modular section being installed during the regular maintenance shutdowns.